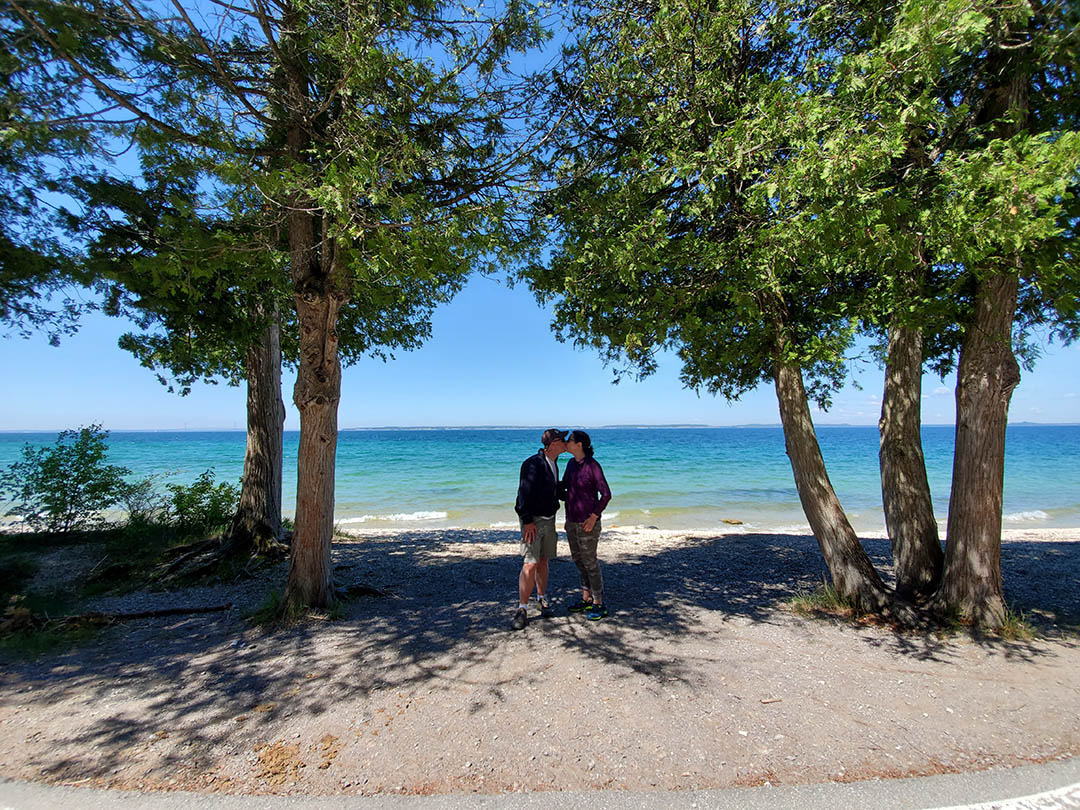 Your Marriage Can Thrive!

Wouldn’t it be nice if marriage had a practical, user-friendly manual? Whether you are navigating difficult circumstances beyond your control, managing relationships with kids and in-laws, or balancing finances, work, and schedules, prioritizing your marriage can be tricky. But it is necessary! Bringing unique perspectives of counseling individuals and couples in the church, the law, and the military, Bryon and Jennifer Harvey bring a wealth of experience and perspective to Operation: Thriving Marriage. Marriage isn’t a lawsuit, so don’t settle for merely surviving in your marriage. If you truly want the best that God has for you in your marriage, applying this book will stop problems before they start, help you to resolve issues together, and position you to grow into the couple that God designed you to be. With God’s plan and help, together you can make your marriage thrive!

If marriage was really such a bad thing, no amount of social pressure would keep the antiquated institution alive. There is nothing, especially in western culture, demanding that marriage continue. Still people, from all cultures, socio-economic statuses, and religions want to get married. Despite the cultural jokes, sex does not stop once people get married. If that were the case there would be no families with children. Fun does not stop at the altar.

While the false view of marriage says that it is the end of happiness and fun, the evidence tells quite a different story. Psychology has observed that the quality of one’s relationships is directly correlated with their happiness.

Alright, we’ve made the point that marriage is not the end of happiness, but we still haven’t answered the question, why marriage? Can’t other things provide fulfillment and happiness? Isn’t Jesus the ultimate source of happiness and fulfilment? Why does God care about marriage anyway?

Let’s look at the first marriage and see what God said in that moment. We draw your attention here first because it’s incredible how much you learn about people and the uniqueness of marriage in chapter 2 of Genesis.

The first thing you notice reading the account of the creation of humanity in Genesis 2 is that humans are unique among creation. God “breathed into his nostrils the breath of life” (Genesis 2:7b).  Into no other creature did God breathe the breath of life. So, when God created the first human he blew his own breath into him and only then did “the man become a living being” (Genesis 2:7c).

Ok, let’s break this down. God is spirit (John 4:24). He doesn’t need to breathe. He, moreover, didn’t need to breathe into a clay model to make a living being. He had already made plenty of living things just by speaking them into existence. So, what is going on here? This speaks to the uniqueness of humanity among creation. Humans are unique among creation because they are the only thing in creation that is both physical and spiritual. He made the man in his own image having a characteristic of God that no other creature had. This spirit is what gives humanity a conscience. It gives us all a sense of morality. This spiritual nature of humanity is also significant for marriage.

Now jump ahead to verse 18 where God says, “It is not good for the man to be alone” (Genesis 2:18a). This should stand out to you because it is the first time in history that something was labeled as “not good.” That’s not an exaggeration. Up to this point everything in the universe had been declared by God as good or very good and nothing had ever been not good. And what is not good? It is not good that the man is alone.

That’s huge! Of all the things that could have not been good, the thing that was not good was that the first human was alone.

The spirit given to humans by God is something of the essence of God. It is an aspect of the image of God. Since humans are created in the image of a communal God they require community to fully experience being human. The New Testament reveals more concretely that God has eternally existed as the Trinity. God has always existed in perfect love and community. Humanity, created in the image of God, with the breath of God making them spiritual beings, has always been meant to live in a loving community. It was, therefore, not good when the man was alone.

After Adam learned that it was not good that he was alone, God created a “companion for him who corresponds to him” (Genesis 2:18b).

Humans need companions that correspond to them because they were created for intimate community like the triune God. Humans created male and female are unique in creation because we are created in the image of God. Our first parents, Adam and Eve, had something of God breathed into them the moment they were created. Two people bonded together by God are able to uniquely experience the love of God, become more like Jesus, and express God to the world.

Operation: Thriving Marriage exists to be a resource for couples and churches to build thriving marriages. After writing the book, Bryon and Jennifer felt God calling them to expand on that work to use what he had taught them to help strengthen Christian marriages. After a lot of prayer and conversation the vision of being a resource for couples and churches began to come into focus. We believe that God doesn’t want marriages to merely survive. God wants marriages to thrive.  Whether it’s through the book, podcast, coaching, or a live event, we pray that God uses Operation: Thriving Marriage to encourage you and strengthen your marriage and the marriages in your community.

Manage Cookie Consent
To provide the best experiences, we use technologies like cookies to store and/or access device information. Consenting to these technologies will allow us to process data such as browsing behavior or unique IDs on this site. Not consenting or withdrawing consent, may adversely affect certain features and functions.
Manage options Manage services Manage vendors Read more about these purposes
View preferences
{title} {title} {title}